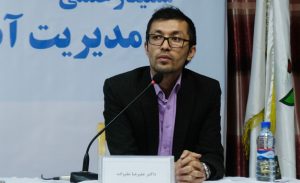 Mr. Ali Reza Alizada is a current PhD student at Ferdowsi University of Mash-had Khorasan Razavi, Iran. He has a master’s degree in Geophysics (Seismology) and a Bachelor’s of Science in physics from Ferdowsi University. In addition, he has a diploma in Mathematics and Physics from Governmental High School of Ayatollah Kashani.

He has been part of the following scientific activities so far:

He has worked as a teacher of physics and mathematics from 2002 to 2012. He has also taught physics at Bakhtar Institute in Mash-Had Iran for 5 years.